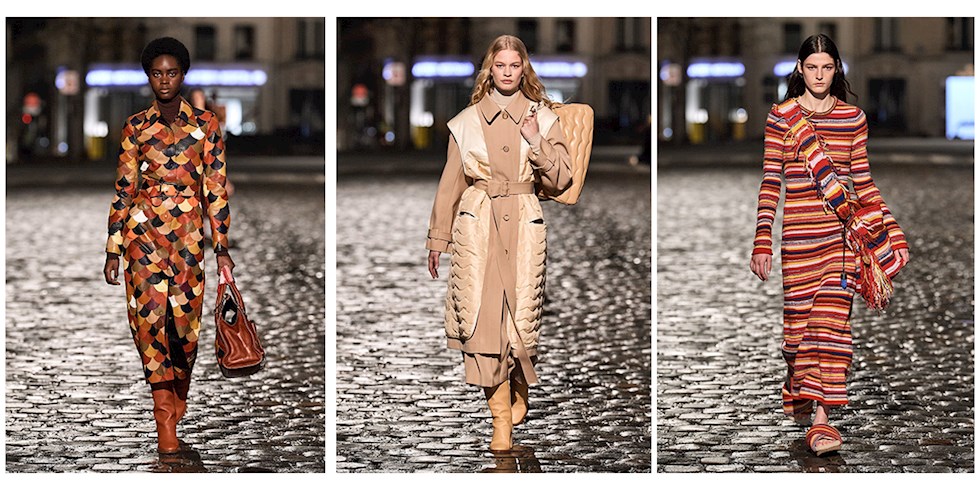 While watching Gabriela Hearst’s first collection for Chloé, we came across familiar things! Combining his own design aesthetics with Chloé’s signature, Hearst defined his own brand as ‘Athena’ and the designs he made for Chloé as ‘Aphrodite’. Combining feminine textures with heroic influences, Hearst added a modern texture to the Chloé bohemian we are used to. Hearst, who displayed her models at Brasserie Lipp in Paris, where Chloé’s founder Gaby Aghion showed her first collections, also created postcard-like images on the sidewalks in Saint-Germain-des-Prés.

Following in the footsteps of designers such as Phoebe Philo, Clare Waight Keller, Natacha-Ramsay-Levi and Stella McCartney, who were previously Chloé’s Creative Director, Hearst carried the torch of the women-led brand as well as possible. Focusing solely on dress designs in the collection, Hearst made a ‘statement’ with this choice and made use of the brand’s archives and its own Uruguayan roots. We can say that Hearst, which complements feminine dresses with patched patterns and impressive collars, brought the town and the city together in its designs. Hearst, who designed many pieces together with Sheltersuit, which helps the homeless, also highlighted its activism in its new collection.

Bringing sustainability and benevolence to its first collection for Chloé, Hearst underlined that the eco-friendly approach is at the center of its technique, inspiration and materials. Collaborating with artist Peter Miles for patterned designs, Hearst presented a collection filled with organic colors and ecological materials. Adding a new touch to the brand’s iconic ‘Edith’ bag, Hearst reduced the carbon footprint of the brand with the materials used in old editions.

Focusing on Chloé’s iconic butterfly motif on skirts and dresses, Hearst also produced these designs with recycled cashmere and Merino. Underlining its commitment to sustainability in every aspect of the collection, Hearst said that it follows a completely environmentally friendly ideology in production, show production and designs.