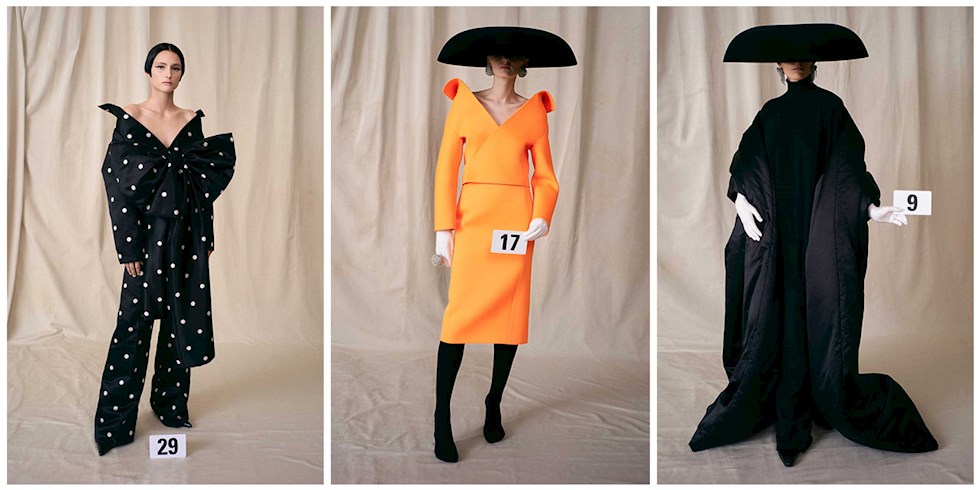 The moment we’ve been waiting for has arrived… Demna Gvasalia presented her first couture collection for Balenciaga in more than 50 years. Gvasalia, the founder of the French brand Vetements, made the ‘street style’ culture into luxury fashion with Balenciaga. Making Balenciaga a completely different brand with its huge logos, street style culture and interesting posts on social media, Gvasalia decided to return to the essence of Cristobal Balenciaga’s design philosophy this year: Couture.

Balenciaga designs, which created a frenzy among consumers, changed the concept of luxury fashion almost completely, making styles that can sometimes even be perceived as ‘ugly’ the most popular of the year. This is exactly why we were wondering what Gvasalia would design for Balenciaga’s couture collection! Re-entering Couture Fashion Week in Paris after many years, Balenciaga presented one of the most highly anticipated collections of this year, perhaps even of the 2000s.

Cristobal Balenciaga, who presented a couture collection with men’s clothing for the first time in 1968, closed the doors of his workshop after this fashion show. Now, Gvasalia, who has designed a couture collection for the first time for Balenciaga, has signed a historical moment for the brand. Displaying the collection in Cristobal’s original workshop rooms at 10 Avenue George V, Gvasalia reflected his own design aesthetic while respecting the legacy of Cristobal Balenciaga.

Inspired by video games and extraterrestrial characters in her regular collections, Gvasalia turned to very elegant and stylish silhouettes for her couture collection. The fashion show, which featured celebrities like Kanye West in the front row, took place in almost complete silence. In the show, where the movements of the clothes turned into music, the focus was entirely on the designs. We are sure that the Balenciaga Couture fashion show, where we saw a design identity of Gvasalia that we have not seen before, will have a very important place in the career of both the brand and the Creative Director!

Described by Christian Dior as “the master of all of us”, Cristobal Balenciaga was one of the most respected designers in the couture world. Referring to the iconic designs of Cristobal with her Balenciaga couture collection, Gvasalia created huge collars, unexpected voluminous skirts and architectural silhouettes. We can say that Gvasalia, who came together with hat designer Philip Tracy and blurred the line between hat and sculpture, emphasized the art of couture in every detail of the show.

Utilizing different sewing techniques and fabrics for her couture collection, Gvasalia included many textures from silks to denims. Making use of the couture archives of Cristobal Balenciaga, Gvasalia also adapted the silk flower embroidery produced in collaboration with Maison Lesage. “It was very difficult to balance between architectural heritage and history and where I stand, how I wanted to reflect the art of dressing and how I would adapt it to the present,” said Gvasalia, noting that he tried to preserve Cristobal’s design heritage with his sartorial aesthetic, digital and modern fashion perception. Gvasalia, who took us back to the 1960s and at the same time brought us back to the future, proved to be a name we should pay attention to in the haute-couture world with the first couture collection he designed for Balenciaga.