As of July 5, Paris opened its doors to fashion lovers for the Haute Couture week. Dior, who took part in the most special fashion shows of the first day, put on a magnificent show at the Rodin Museum.

Combining fashion and art since she became the creative director of Dior, Maria Grazia Chiuri brings contemporary artists into her collections, making them part of an unforgettable union. Chuiri expresses the echoes of feminism in all of her creations and becomes the voice, power and guide of women. While doing this, he certainly does not neglect to refer to historical references. The inspirations of the era, which he accepts as inspiration, touch the pieces he designs one by one. While we were all under the spell of the fashion show in Athens, we surrendered our souls to the brand’s brilliance with the show held yesterday. Maria Grazia Chiuri prepared the collection’s favorite pieces under the leadership of French visual artist Eva Jospin. The duo presented their masterpieces, born from the power of two women, in a fashion show area called “Chambre de Soie” and equipped with silk sketches. 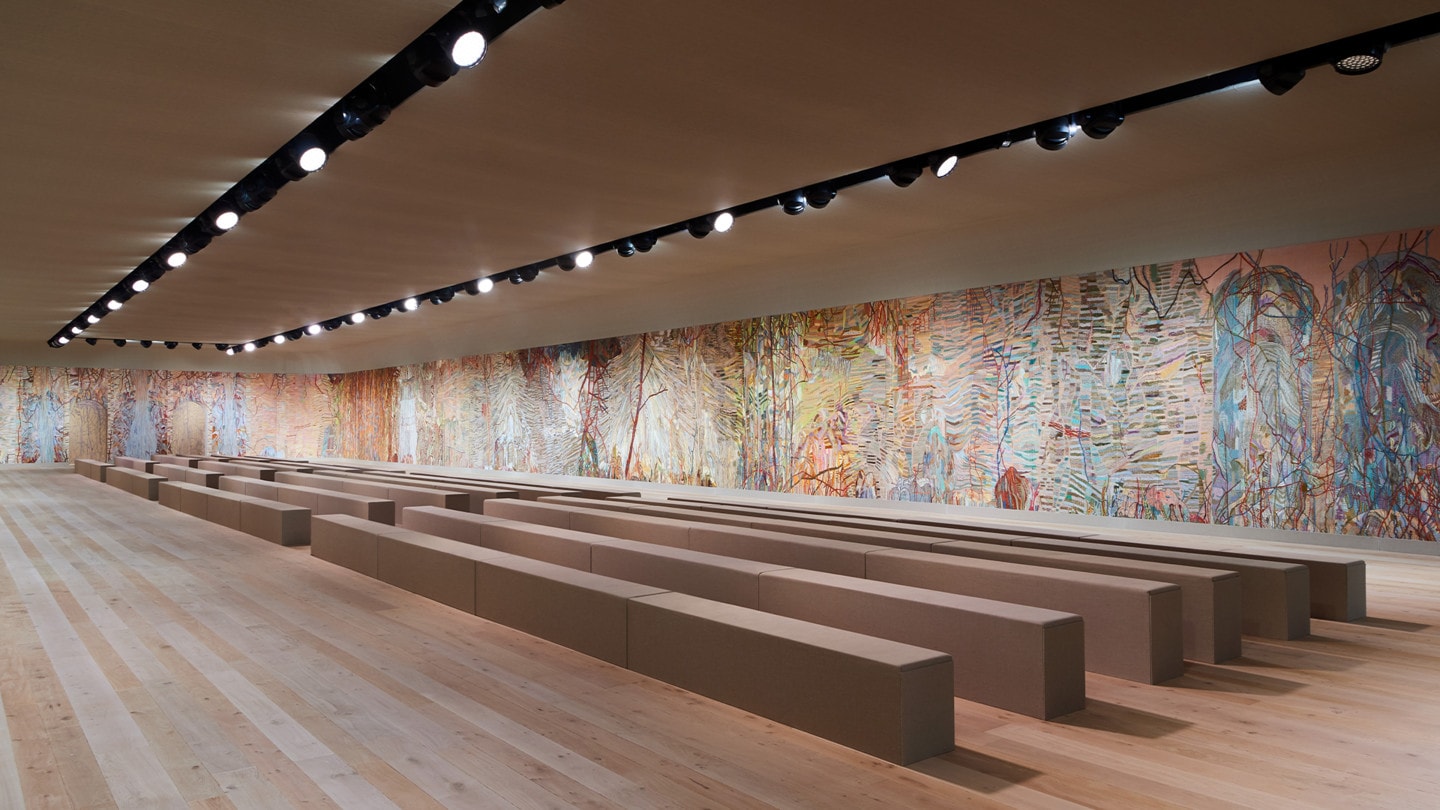 Jospin’s inspiration for designing the showpieces is the Indian embroidery room in the Colonna Palace in Rome! 350 m2The embroideries, which have an area of ​​, were made by Chanakya workshops in India, where special craftsmen were trained. Eva Jospin expressed her feelings as follows: “There is a well-known craftsmanship in Maria Grazia Chiuri’s designs. When I learned where the fashion show would be held during the negotiations, I accepted the offer. The Rodin Museum is a tactile venue for a physical fashion show! The place would become more impressive with embroideries. Using more than 400 colors, we turned the runway into an immortal art space, too real to be virtual, where we get lost in admiration in the details. Art must live, never die! That is the message the fashion show wants to convey.”

Eva Jospin reinterprets the cenotaphs, landscape and utopian monuments of the 18th century Capriccios with her artistic identity. Forests, vines, rocks, waterfalls in embroidery details… Elements that push you to dream among the Baroque gardens. Embroidery that carries pieces of the perfection of Nabis, Vuillard or Bonnard’s works glorifies craftsmanship. 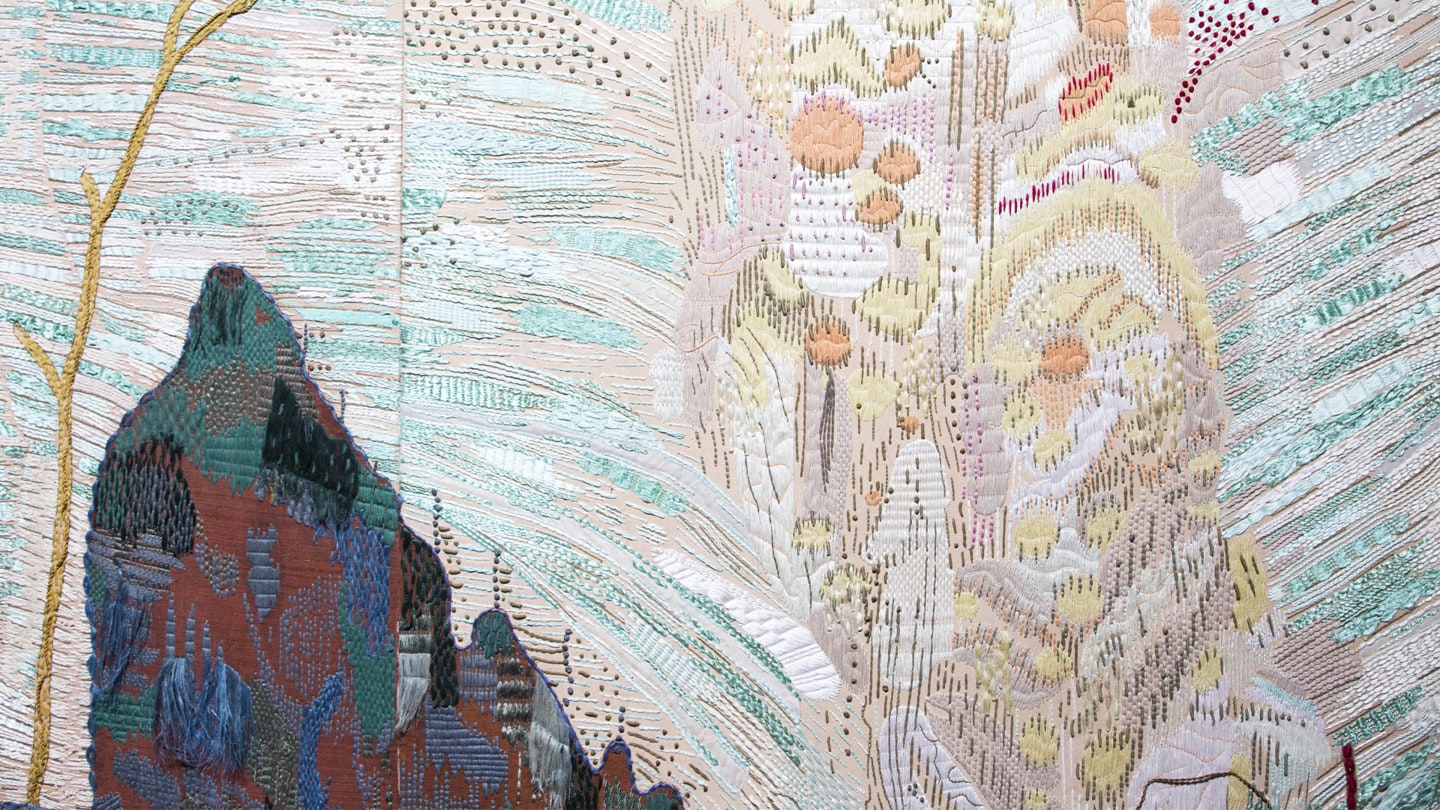 Before the fashion show, as the Elle Turkey team, we visited the Dior ateliers in the 8th district of Paris. Since there was only one day left for the fashion show when we went, we observed a sweet hustle and bustle in the workshop. The tailors are so devoted to their work that we could see the pride of the collection they crafted through their eyes.

Dior’s Paris workshop consisted of three sections: the first was dedicated to hats, the second to dresses, and the third to suits. In each episode, the master tailors were putting the finishing touches on the pieces that were prepared to go into the garment sleeve. At that time, we approached a tailor and asked how he felt when he saw a piece that took days, maybe months, on the mannequin. He replied to us as follows: “I’m proud of myself for every single day I squint my eyes for threading a needle and fine-tune tissue with my fingers.” As part of this special visit, we managed to get little tips on creations from the tailors before the fashion show even took place. Then we started counting the hours for the fashion show day.