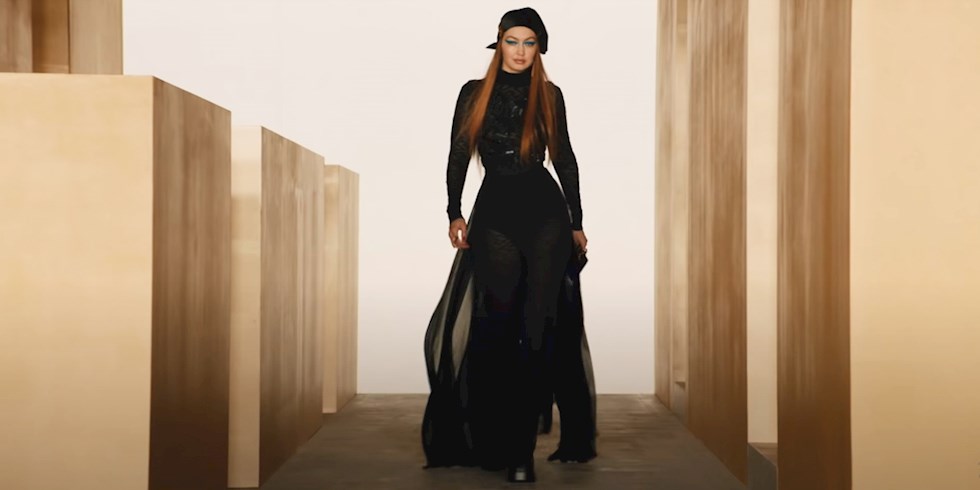 Gigi Hadid’s maternity leave has ended! Hadid, who started to open and close fashion shows even a few months after her birth, once again proved that she is the indispensable face of the podiums. Hadid, who gave birth in September, when the spring 2021 fashion shows, had been away from the podiums for almost a year. Lastly, Hadid, who took part in Chanel’s Autumn 2020 fashion show in March last year, made her comeback with a different style.

Hadid, who took part in Versace’s Autumn 2021 show, replaced her signature long blonde hair with redheads, dazzling with her confident and strong stance. Gigi Hadid, who is among an army of supermodels that includes Irina Shayk, Precious Lee, Mona Tougaard and her brother Bella Hadid, signaled that she is returning to the podium with confident steps.

“Models are like actors,” Donatella Versace said in the show’s notes. “They bring designs to life,” added Donatella Versace. While many designers underlined the comfort themes of the last months, Versace did not give up on attractive and magnificent silhouettes. Versace, one of the remarkable brands of the season with mini skirts, cut-out details, fitted dresses and colorful neon designs, added a different interpretation to casual styles with its day-to-night styles. Gigi Hadid, who was shown with a low-cut blouse, jacket and a colorful bag at the opening of the show, created a literal ‘wow’ effect with her jet black style orange hair.