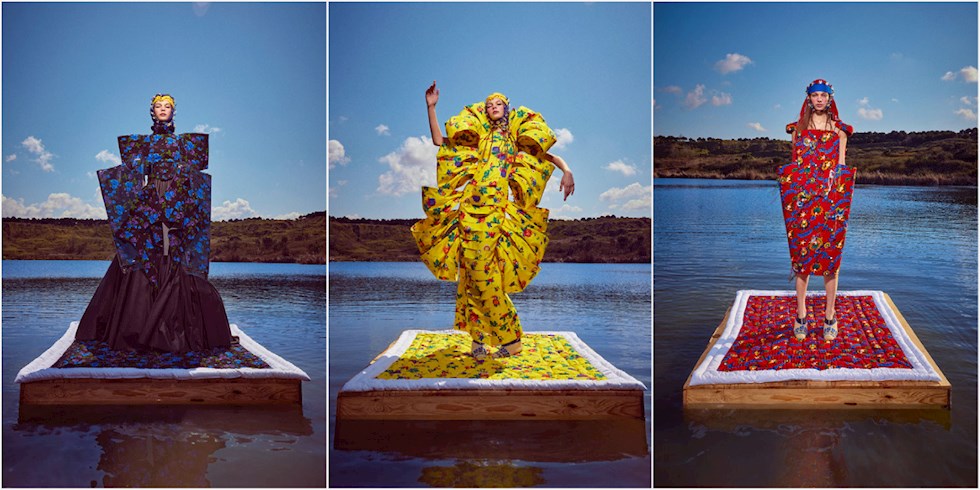 The selection of fabrics in the collection is shaped by the influence of this community, which has preserved its roots as it is, has adopted the language of the colors in its patterns, preserving even the variety of patterns, without any additions, without changing the dressing styles of this nomadic community living in Anatolia for centuries. We find the traces of the Yoruks, which we encounter in the forms of the triangular tent houses that have adopted a nomadic lifestyle, embroidered on designs with patch details.

Voluminous pieces completed with the cut-out technique, which we can say dominate the collection, are impressive examples of high sewing, while the collection consisting of a mosaic of geometric shapes and organic forms translates an old language with the voice of Hakaan Yıldırım with patches and basting. With its history, colors, stories and Hakaan Yıldırım translation, Hakaan Yıldırım Autumn Winter’21 Collection invites fashion to an inner journey.